It started with seeing a few KAVU stickers on the local’s Italika motorcycles ripping around town. Then a sticker on the back of a truck or two. Followed by an occasional niño wearing a KAVU shirt. It was becoming apparent KAVU had a presence in the the tropical paradise of Sayulita, how that came about we were not entirely sure.

Thanks for the paddle Geo!

Kavu born to be wild 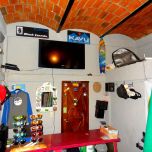 After an email was sent to KAVU’s mothership back in Seattle, WA it all became clear. Sayulita is home to Geovani Perez, a KAVU athlete and one of the world’s top competitive paddle boarders. Geo is also the proprietor of Sayulita Surf Co. – one of the town’s best surf shops and the only place in Mexico where you can stock up on KAVU gear. 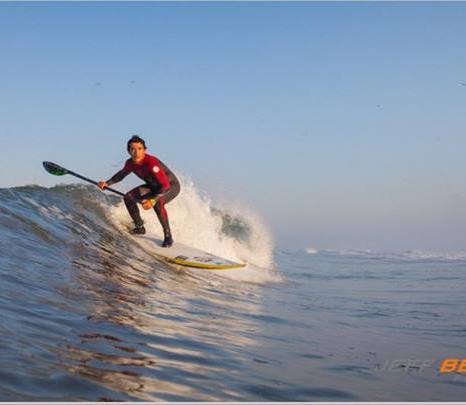 Catching the break on the SUP 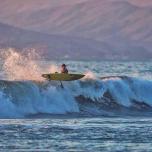 Geo on the SUP

Our last evening in Sayulita, we were able to meet up with Geo and join the wave-slayer in his element. A shoulder high beach break separated us from the relatively calmer water 50 yards off-shore. It was an adventure navigating the break on both the launch and return as the waves take no prisoners; suffice to say Geo had absolutely no issue with it. Once on the water we kicked into relaxation mode, watched the sun set to the west and talked with Geo about life on the Paddle Boarding World Tour, his home town and running Sayulita Surf Co. Geo is as nice of a dude as they come. If any one makes it down to Sayulita and want to catch some waves, be sure to hit him up – Geo and Sayulita Surf Co. are the best of the best down here.

There was an error retrieving images from Instagram. An attempt will be remade in a few minutes.