New countries, cities, people, cuisine, climates, cultures, and laws – the list goes on and on. As we continue south, the amount of ‘new’ seemingly never ends. The variety experienced is one of the inherent beauties of travel. Change truly is the only constant. However, after half a year on the road, the ‘new’ runs the risk of becoming ‘old’ and one can begin to slide into a state of autopilot, going through the motions instead of approaching every situation with a childlike fascination and sense of awe. For all but a few travelers, this shift is inevitable and only a matter of time, however, it is by no means irreversible. While neither of us faced a clinically diagnosed case of ‘travel exhaustion’ a few symptoms did appear and our time in Cuenca, Ecuador presented the remedy – a week or more spent in a home, with longtime friends and secure parking. That’s it right there, three simple ingredients that combine to create the cure. 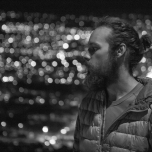 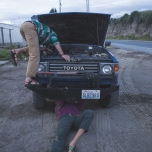 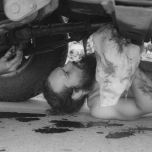 After three days of suspect Colombian roads we crossed the border into Ecuador and pushed south to Quito where friend and photographer James Wadkins was soon to land after a long flight from the PNW. After his arrival we moved south toward Cuenca where we would surprise university friend Molly Cunningham with our arrival. It’s not that she didn’t expect us entirely, more that she was gauging our current location off of our Instagram account (@offbelayamericas) which lags our actual location by approximately two weeks. We love tossing curve balls. Regardless, she greeted us with a big smile and open arms. 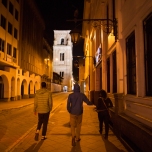 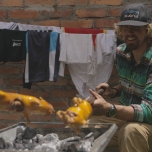 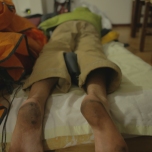 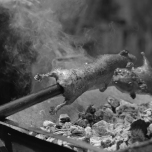 It has been mentioned before, but begs repeating – exploring a city is enhanced tremendously when accompanied by someone who knows the lay of the land. Sure Lonely Planet, Backpackers Guide, and a myriad of other travel resources are available, but nothing beats the insights and recommendations shared by someone who has called the region home. Molly took us to the best eateries, the market on the right day, the most expansive viewpoint of the city and even a Cuencan house party – what a gem. If that wasn’t enough, she also introduced us to her “Ecuadorian family” the Cabreras. Currently the Cabreras are sitting in first place for the World’s Most Hospitable Family Award and I don’t see that changing any time soon!

Carlos and Susy Cabrera, plus their three little niños are the epitome of Latin hospitality and generosity. They invited us into their home where we shared drinks and stories with them, we grilled cuy (guinea pig) with them, Carlos took us to his mechanic to have Beckey worked on, he introduced us to shop owners for better prices on everything from brake pads to avocados, Susy offered us her cell phone to take to Chimborazo in case there was an emergency (she may have been offering Molly’s cellphone, that detail was lost in translation) then supplied us with a list of phone numbers of family to call in the near by town of Riobamba, they had Grandmother Cabrera cleanse me with herbs and alcohol when I was sick and then took me to the doctor when the cleansing did not elevate the sickness, they made us dinner, showed us Carlos’ collection of currency from every country in the world (seriously), and generally assumed the role of parents during our stay. We cannot thank them enough. 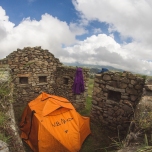 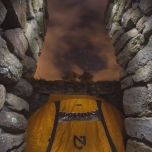 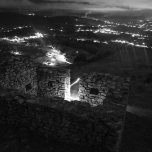 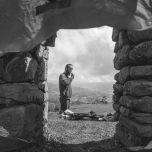 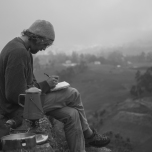 In between the laughter, meals and intermittent sickness, we also found time to explore some of the more adventurous side of Cuenca, namely Cajas National Park and the stellar rock climbing a mere half hour north of the city. Outside Magazine labelled Cuenca the World’s Best Adventure Hub for 2014, a lofty title, but not one we are willing to dispute. Cajas presented a stunning system of trails and lakes perched at 13,000 feet and overlooking the city to the west. Just north of town we found some thrilling granite cracks to climb near Cojitambo and perhaps even more unique, Incan ruins where we could explore and even camp. Experiences like this come so easily in Cuenca. 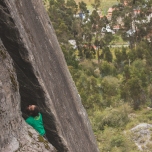 Our time in a Cuenca was a near perfect mixture of relaxation, education, adventure and purging of stomach bacteria. I can all but guarantee we will be back. Undoubtedly we will always have a special spot in our hearts for Cuenca. After all, we now have family there.

4 responses to “The Cuenca Cure – Family, Laughs and Adventure”