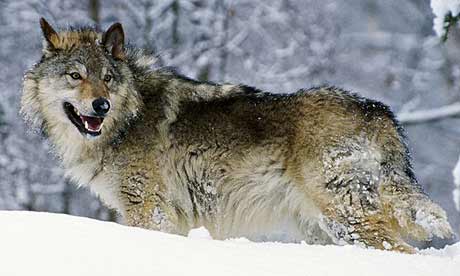 Before my time in Montana I was ignorant to the fact that a single species of animal could provoke such passionate feelings of love and war among those tracking their success.  Reintroduced by biologists to the lower forty-eight in 1995, the Grey Wolf has boomed in population and thrived within its renaissance of societal popularity.  Once the scourge of ranchers and the delight of female socialites and clothiers, the wolf was baited, poisoned and hunted to the brink of its existence.  The pendulum in the story of the wolf swung hard near the turn of the century where it was pinned near a point of domestic extinction.

But with time pendulums are meant to move and this one began to creep back with the release of fourteen Canadian wolves into Yellowstone National Park.  What was set before these animals was a habitat of a “kid in Candy Land” magnitude.  Over the previous century elk and moose populations had ballooned due to a lack of natural predation and the hunter restricting boundaries of the National Park.  The figurative banquet table was set for the Canis Lupus and blood was about to flow.  The environment for wolves in the Park was so ideal that every study, researcher and biologist was shaken by the resulting occurrence.  It was assumed each female wolf would mate and produce one liter of pups each year as they did in their previous residence across the northern border in Jasper National Park.  What astonished the facilitating minds of science was that the wolves introduced throughout Yellowstone adopted a reproductive cycle that produced multiple liters of pups every single year.

In an effort to protect wolves beyond the bounds of the National Parks, the conservation movement introduced an emotional assault to the debate.  In certain states, legislation was introduced to publically release the personal information of successful wolf hunters exposing these individuals to various forms of intimidation.  Furthermore, elementary school classrooms throughout the country were encouraged to “sponsor” wolf packs, follow them on websites and write emotional letters to hunters whose information has been released. The pendulum had moved and was now poised to swing.

In the past decade since their introduction, wolves have multiplied and packs have spread as far as Washington State to the West and Wisconsin to the East.  Along the way they have left a trail of slashed native elk herds and decimated indigenous moose populations.  To quantify this impact the 2005 edition of Yellowstone Science reported, “…elk decreased significantly from 16,791 in winter 1995 to 8,335 in winter 2004 as the number of wolves on the northern range (of Montana) increased from 21 to 106.”  Adding to the list of detractors are the ranchers throughout the West who have had to contend with slaughtered livestock and a bureaucratic process to seek reimbursement for the loss.

Currently, in 2013, the issue of wolf management might be the most balanced it has been in decades.  Our wildernesses have a reestablished “apex predator” to maintain an ecological balance among the food chains and state hunting authorities are recognizing the importance of hunters within that ecological equation.  Now a clear message for the stakeholders involved in the saga seems to be showing itself.  For the big game hunters of yesteryear the elk herds will not be as robust as they once were and hunters are going to have to hike a little harder and get a little luckier when out in the field.  For the vacation wolf enthusiast, the wolves are out there and they are majestic to see.  I’ve personally held them up close and have seen them alive in the wild, and in both settings they are incredible.  But…they are not safe, cuddly or even close to an urban conception of “humane.”  These animals can kill for sport just as easily as sustenance and they are damn good at it.

The pendulum in the story of the grey wolf in the lower forty-eight will always be on the move.  Regulations will change, lawsuits will be filed and a small number of individuals will continue to take matters into their own hands.  From my up close encounters with the issue of wolf management I have been struck by the importance of balance not only amongst the ecological cycles of the wild but between our human tendency toward an emotional response and the more forthright lens of sound environmental science. 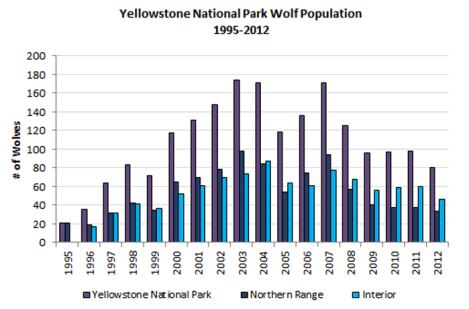