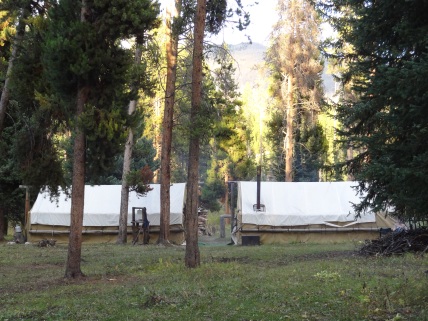 September 8, 2013 – October 10, 2013 was spent in Jardine, Montana at Hell’s A-Roarin’ Outfitters. A reputable elk hunting outfit in Southern Montana on the North-East boarder of Yellowstone National Park. Hell’s A-Roarin’ Outfitters, ran by Warren and Susan Johnson, have been in operation for over 30 years (quite the feat in the world of guided outfits). The Johnson’s and Company guide elk, deer, bear, mountain goat and wolf hunts predominately out of their Jardine lodge, however September and October hunts are ran out of a backcountry camp 22 miles east of the lodge in the Hell Roarin’ drainage of the Absaroka Beartooth Wilderness Area. Simply put – Wild Country.